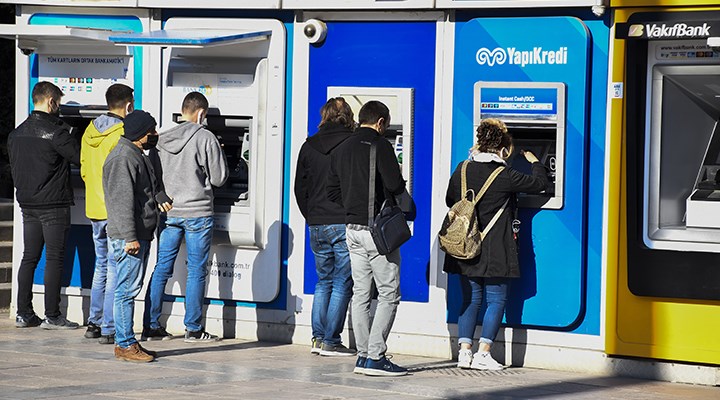 Millions who cannot even support themselves are condemned to the banks. Those who are unable to pay their due debts continue their lives in a spiral by closing debt with debt.

Personal debt to banks and finance companies (housing, vehicles, consumer goods and credit cards) increased to 1 trillion 144 billion liras as of May 20, along with non-performing loans. Of this debt, 888 billion lira comes from personal loans and 256 billion lira from credit cards.

Non-performing debts, which were enforced by banks because they could not be paid on time, reached the level of 27.9 billion liras.

According to data from the Risk Center of the Banking Association of Turkey, in the first quarter of this year, 340,000 people were subject to enforcement proceedings by banks because they could not repay their personal loans and 272,000,582 citizens could not pay their credit card debts.

The number of people facing legal action due to personal loan or personal credit card debt was 513,000 during the period January-March 2022. In the same period of the year last, the number was 204,000 people.

CHP Manisa MP Vehbi Bakırlıoğlu pointed out that as people get poorer, credit cards get charged. “Unfortunately, the amount of debt is constantly increasing because he cannot repay his credit card debt,” Bakırlıoğlu said, saying: Due to high inflation, daily hikes from needle to needle lead to an increase in citizens’ debts. Citizens, whose incomes and savings have shrunk in the face of inflation, are borrowing quickly to make compulsory expenses and pay their debts, where their income is not sufficient.

Bakırlıoğlu added: “This image clearly shows us the type of debt of the citizen. Citizens get into debt trying to pay off debt with debt, and the debt continues to grow like a snowball. As long as inflation and the cost of living continue, these debts will grow exponentially. Citizens are almost on the verge of individual bankruptcy. As long as this government remains, it is not possible for citizens to prosper. Therefore, immediate election, immediate election.