Ertuğrul Ozkokreferring to his wife’s name”Letters to Tansuunder “and”newsletterIn his posts he shared as, “the national athlete fighting in Formula 2 today Cem Bölükbaşı’He wrote about his success in running.

from Ozkok “This morning a Turkish star was born in Formula” The article titled:

“I am writing this message from Monaco. I am here to watch the Monaco Grand Prix, one of the most traditional and important Formula 1 races in the world.

I had no interest in this sport until the Formula race held in Istanbul last year. My grandson who is a great formula expert Zeynep SaatciI became addicted to this sport after going racing in Istanbul at the insistence of . 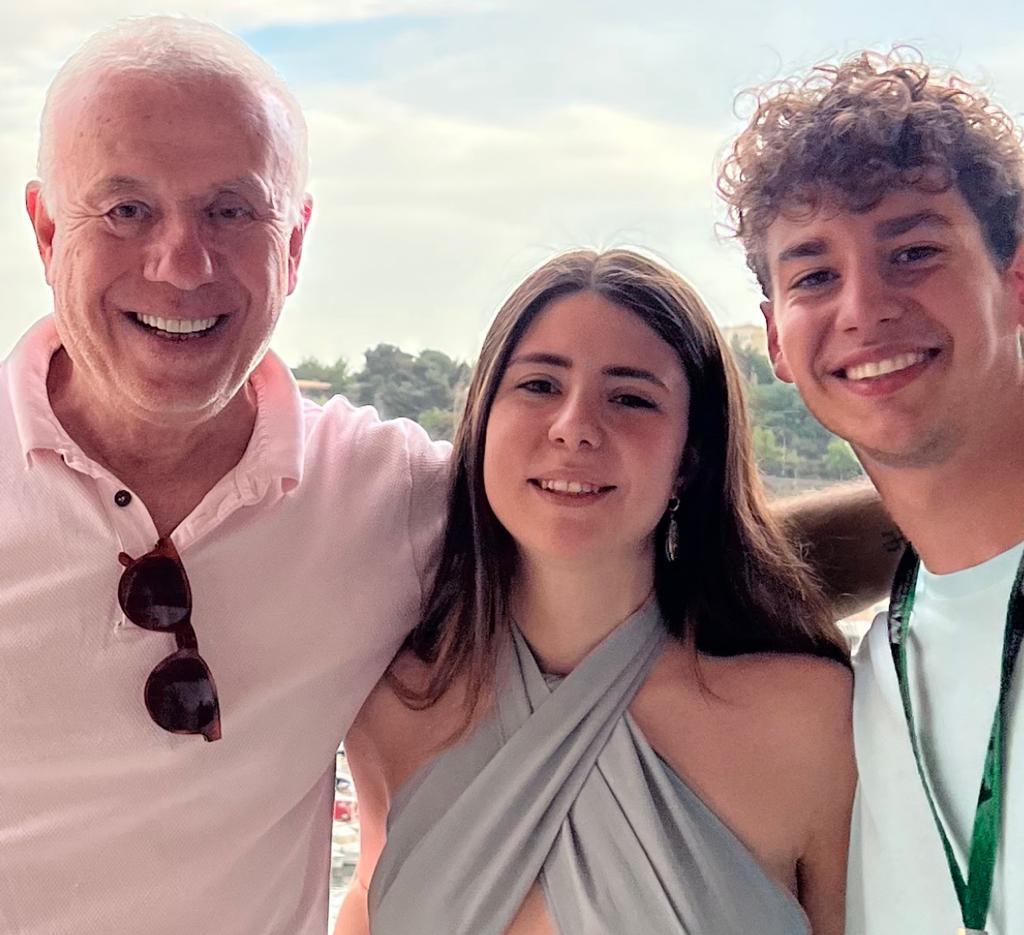 Cem and my granddaughter Zeynep

The decision to change a tire is not just a tire

This sport is not only a car race, it also expresses the intelligence of the drivers, their ability to control, incredible mathematics and tactics, the effect of coincidences, the notion of timing and the decision to change tires .

There’s another amazing, digital technique behind it… Once you look at it with that eye, you can’t let go. These races take place on two levels. One is Formula 1 and the other is Formula 2, where young drivers compete.

What happened during the race this morning?

The second Formula 2 race took place this morning and has just ended. In this race, we witnessed the birth of a young Turkish lineage in motorsport. Cem Bölükbası… He is only 24 years old and this is his first race in Monegasque Formula 2.

What does it mean to be 9 rows ahead here?

It is a track that is considered the most difficult track in the world. In town, the land is so narrow that it is very difficult to pass the car in front. In other words, those who start the race first are the most likely to finish first. Positioning is a lot.

This morning, Cem started the race in 20th position and finished in 11th position. In other words, after 42 laps, 9 positions were advancing on this difficult track, where it is very difficult for a car to pass. Nobody has won more secrets than him in the whole race. 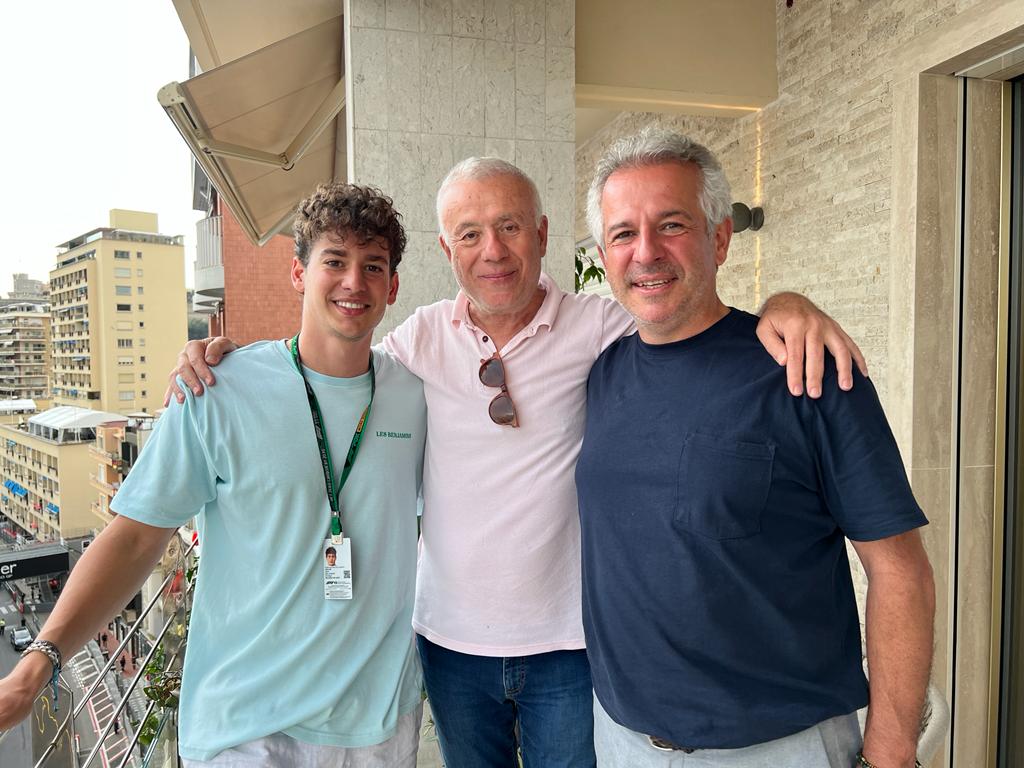 Cem Bölükbaşı, me and his father Yavuz Bölükbaşı

At least 3-5th race from most competitors

Also, a lot of the competitors ahead of him were very experienced names racing at this track for the third or fifth time. Yes, Cem Bölükbaşı has achieved this and brought a new star to Turkish sport, which is developing in all fields, in a very difficult field like the automobile.

We watched both races with Cem’s mum and dad. I watched their excitement as much as the race. I saw what kind of maternal and paternal support is behind this success. 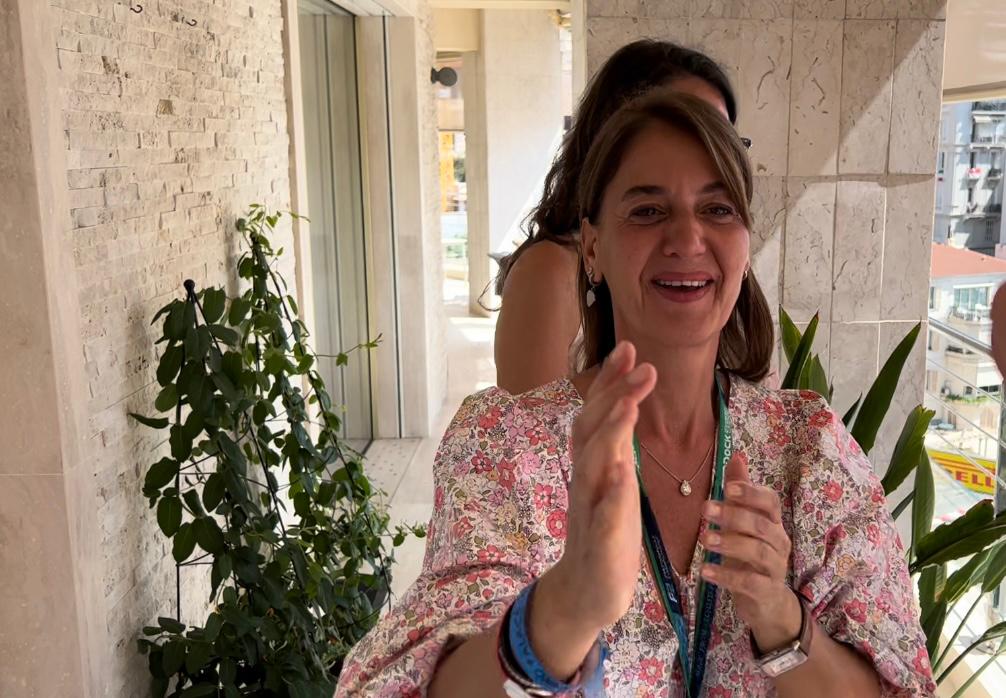 The joy of Cem Bölükbaşı’s mother…

Became the first driver to switch from esports to Formula 1

Cem started the Monaco race in the simulator. Cem had his first success in E-Sports. I mean, on the computer. He became world champion in e-Sports racing and then moved on to Formula.

Cem is the first driver to participate in these major global car races from simulator racing called e-Sports.

In addition, his team in Formula is one of the teams with the fewest opportunities in Formula 2. In addition, a rise of 9 places in the first Monegasque race.

Why am I naming these companies?

Before the Monaco race, some organizations and companies in Turkey gave him great support. President Erdogan encouraged him by inviting him to his table during his trip to Dubai.

Of course, there is the Ministry of Youth and Sports-TOSFEO, Turkey’s promotion agency Go Turkey.

Please don’t criticize it as an advertisement or anything like that. I will write the companies that support it one by one. Because I want them to set an example for other companies and support young Turkish athletes.

Thank you all. With these endorsements, they have provided support that will place Turkey in the A league in the automotive field, which is one of the fastest growing sports worldwide.

Cem Bölükbaşı is a child who can be a role model for millions of young people in Turkey. Because he started this sport with PlayStation. I mean, on the computer. This means that a young person from Yozgat can also start this sport. In fact, interest in Bölükbaşı is growing rapidly.

The number of subscribers on Instagram, which was 10,000 at the beginning, has reached 380,000. I am sure that the success of Monaco will increase this even further. Who knows, maybe there will be one in Turkey soon. Lewis Hamiltona Max Werstappen will take it out.

The Monaco Grandprix brings more than 100 million euros to the economy of this small country in 3 days.

For the first time in Monaco, Cem showed the world that there is Turkish youth in this sport. I’m sure more are to come…

This is why I wrote this article with great enthusiasm and pride. As a journalist, I am happy that you have learned by the announcement of this success in Turkey.

Table 6 meets today; There are 4 agenda items on the table.

RTÜK featured Selçuk Tepeli banging on the glass while describing the difficulties faced by farmers.

Kılıçdaroğlu: Presidential candidate must have overcome his ego, must be ready to surrender his powers

Not to mention: the Ministry of the Environment forced its employees to attend the opening at Atatürk Airport; AKP municipalities withdraw buses from schools

Minister of Justice Bozdag: It is the AKP party and Erdogan who have fully implemented the right to be elected to our women

The Minister of Institution announced: Treasury land will be put up for sale so that citizens can build their own house

Ertuğrul Özkök: A Turkish star was born this morning in Formula
” />