The victory at Sivasspor, which won the Turkish Ziraat Cup, was celebrated with great enthusiasm. Thousands of people attended the celebratory program held in the town square of the red-whites. Famous artist Onur Şan took the stage and gave fans enthusiastic moments in the program.

A trophy ceremony was held in the Garden of the Congress Museum for Sivasspor, who won the Turkish Ziraat Cup.

During the celebratory ceremony attended by thousands of citizens, Governor of Sivas Dr. Yılmaz Şimşek, Mayor of Sivas Hilmi Bilgin, President of Sivasspor Club Mecnun Otyakmaz, Coach Rıza Çalımbay and some players from football were present.

Speaking in the program, Governor of Sivas Dr. Yılmaz Şimşek congratulated the Sivasspor Cup champion and said, “It is a truly magnificent night, a proud and historic evening. Good luck and good luck at our Sivas Turkey Cup. I want to thank our football players, Professor Rıza and the management who made us feel this pride. 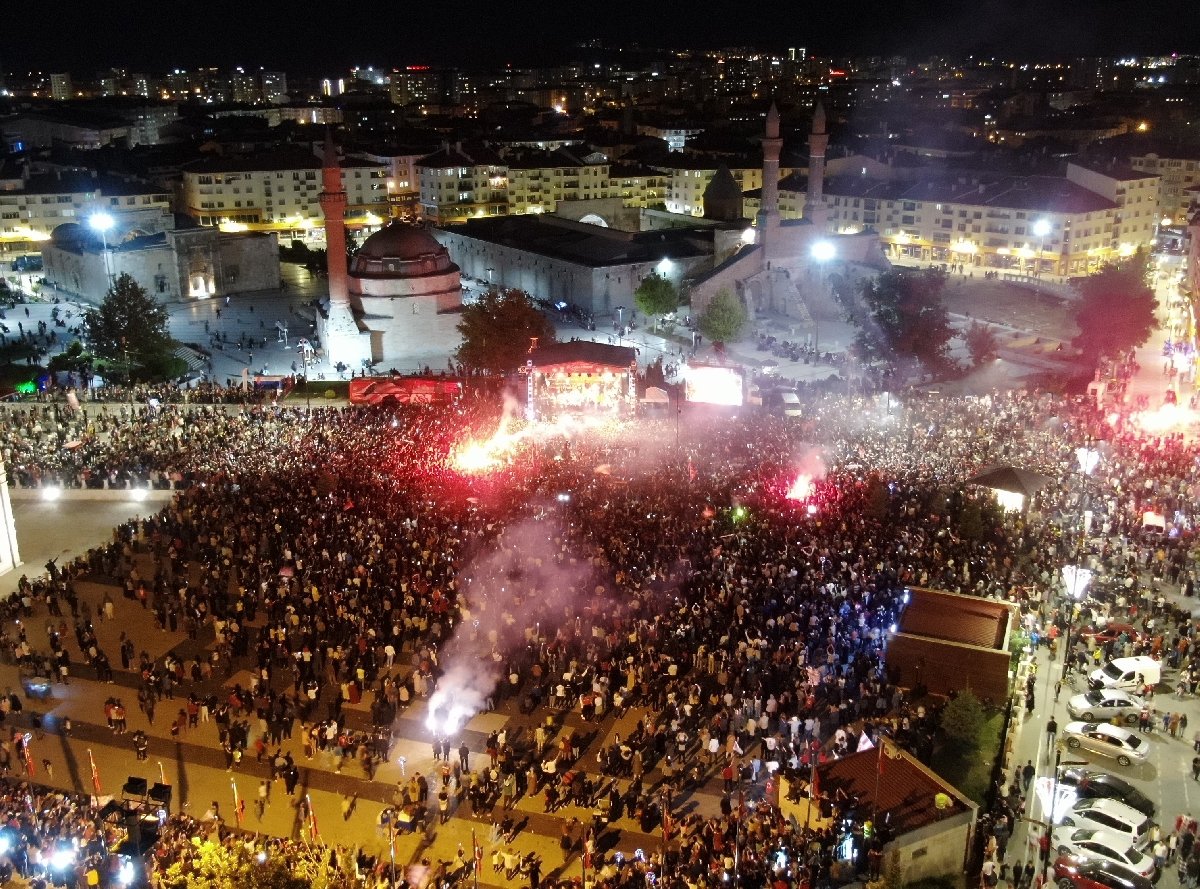 “MY CHILDREN COME TO ME”

Coach Rıza Çalımbay said: “I am very happy to have given you these days. Because that’s where I was born. As I walked down the road, I thought of my childhood. I’ve always dreamed of something like this. Thank you all. We would like to be here with the whole team, but some of our friends couldn’t come. They also have many greetings for you. Now we are going to Europe. The footballers have an effect here, but the fans are the 1st man, not the 12th, in my opinion. We can’t even win a game without you. Good luck to you all.” he said. 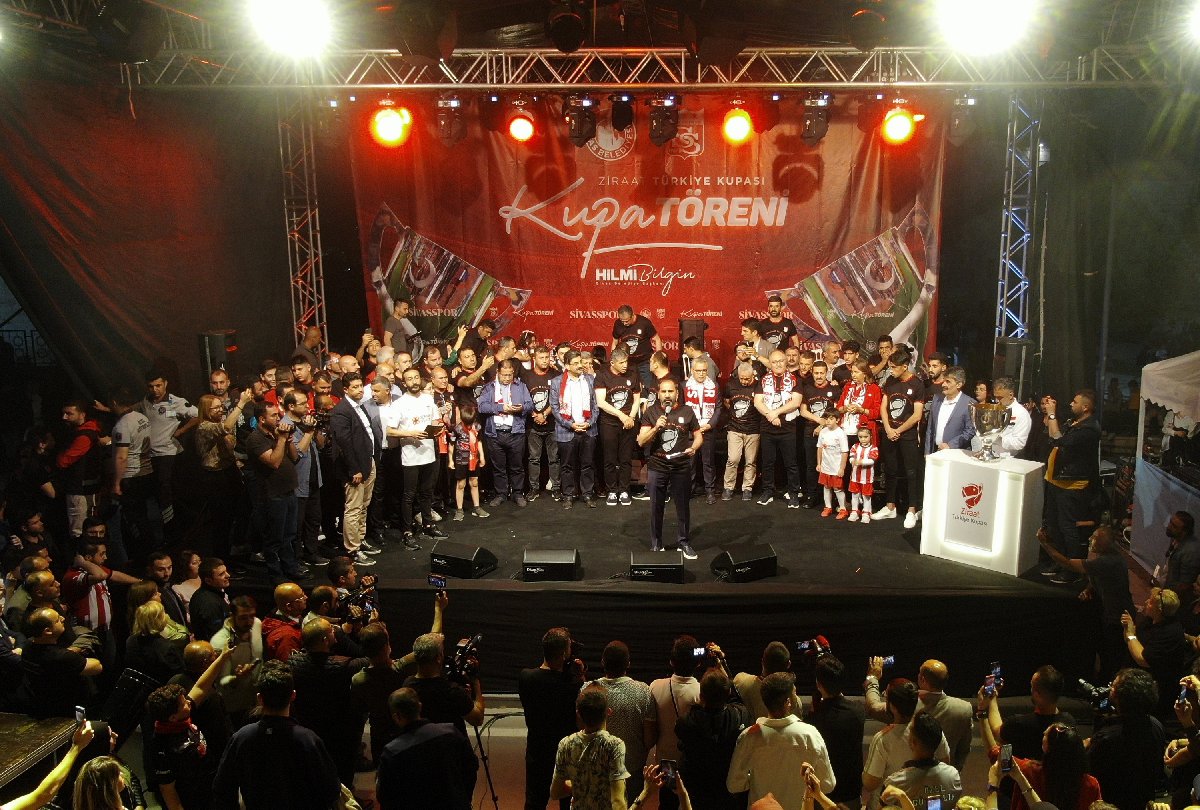 “WE HAVE SIGNED A HARD TO BREAK SUCCESS”

Mecnun Otyakmaz, president of the Sivasspor club, pointed out that they put a lot of effort into the cup and they were rewarded. Otyakmaz said: “The Turkish Cup of Agriculture is very important and it is a big organization with 133 teams participating this season and covering all teams in Turkey. We have put a lot of effort into the cut this season. We are happy that our team, with the support of great fans in the final, showed great football and lifted the trophy. This cup was very important not only for our team but also for the city of Sivas. Our players played and fought accordingly. Everyone knew their responsibilities and everyone did their duty. Our team, which qualified to participate in the European Cups for 2 consecutive seasons, will continue this success and will again represent our country in Europe for its 3rd year. As an Anatolian team, we have achieved unfailing success. Our team, used to the culture of playing in Europe and gaining experience here, will do everything to earn points for our country in the Europa League this season as well. I would like to express my gratitude to our coach Rıza Çalımbay and his team, our football players, the board and the employees of our club, who have put great efforts for this success. May our cup be good for our Sivasspor and our city”.

After the speeches, the provincial protocol, the club management and the football players posed for the journalists with the Ziraat Turkish Cup.

Then, the famous artist Onur Şan took the stage and gave the citizens enthusiastic moments. 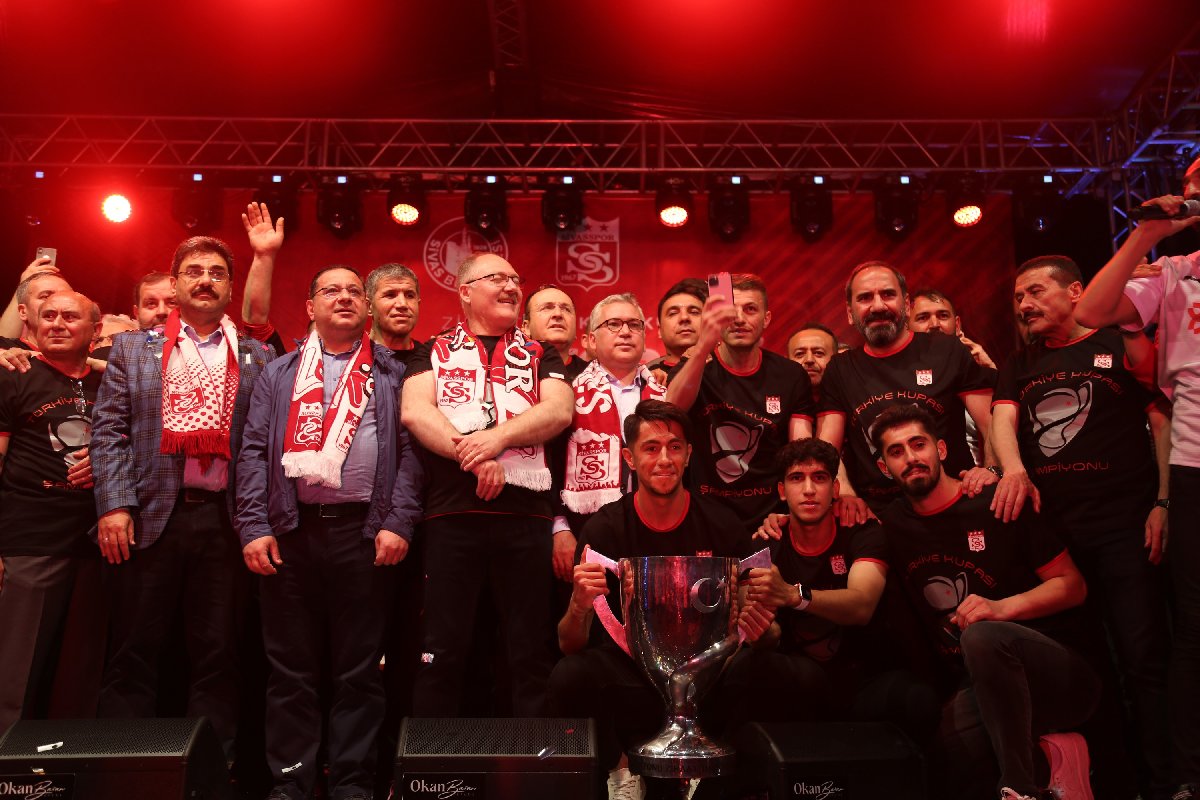