Our planet Earth is aging day by day. Scientists, who constantly examine the Earth’s atmosphere, have made a very surprising discovery. The detection study was published in the journal Science.

A NEW TYPE OF EXTREACTIVE SUBSTANCE IN THE GLOBAL ATMOSPHERE

According to news from Britain’s Daily Mail newspaper, scientists have detected a new type of highly reactive substance in the Earth’s atmosphere that could pose a threat to human health and the global climate.

Researchers at the University of Copenhagen have shown that chemical compounds (trioxides) with three bonded oxygen atoms are formed under atmospheric conditions. Trioxides are even more reactive than peroxides, which have two oxygen atoms attached to each other, making them generally flammable and explosive. 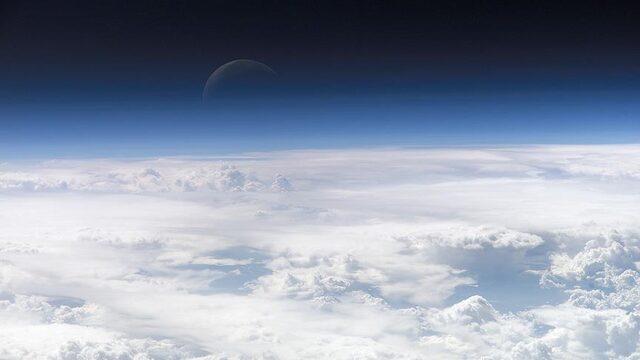 Professor Henrik Grum Kjærgaard, from the Department of Chemistry at the University of Copenhagen, said: “This is what we have achieved now. The type of compounds we have discovered are unique in their structure, and because they are extremely oxidative, they most likely bring about a range of effects that we have not yet discovered.” said.

MAY CAUSE RESPIRATORY AND CARDIOVASCULAR DISEASES! CLIMATE IMPACT

The research team says hydrotrioxides can penetrate small airborne particles (aerosols) that pose health risks and can cause respiratory and cardiovascular disease. “They will probably go into the aerosols and form new compounds here with new effects,” Prof Kjærgaard said.

According to the researchers, hydrotrioxides are also likely to affect the number of aerosols produced. This indicates that it has an impact on the climate.

Researchers hope the discovery of hydrotrioxides will help scientists learn more about the impact of the chemicals we emit.

“IT ALWAYS HAS BEEN, WE DON’T KNOW”

Professor Kjærgaard concluded: “These compounds have always been around, we just didn’t know that. But now that we have evidence that compounds form and live for a period of time, it is possible to study their effects. in a more targeted way and to react if they turn to be dangerous.” used expressions.

WHO statement on monkeypox… Will it turn into an epidemic?

He threw a pencil and broke a glass during the live broadcast! Announcing the new development on social media